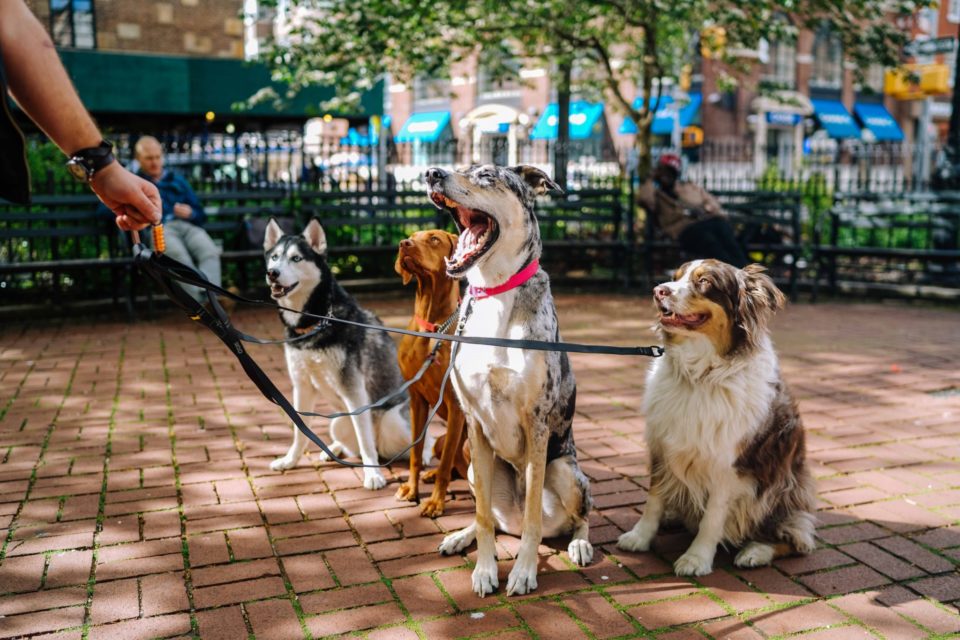 Hey hey hey, it’s Bradi Bear here! Today I’m coming to you with some helpful information about leash laws in Arkansas. Taylor King has given me the task of researching and informing my fellow Arkansans on Arkansas leash laws!

I can understand how I’m the best pup to tackle this sometimes-touchy topic. I get it; not every doggo out there is as friendly and cuddly as me! Some pups get scared around humans and react defensively. But it’s not just dogs who need to learn to behave; humans can learn how to keep their own pets safe around strangers and how to behave around dogs that aren’t theirs!

Does Arkansas have Leash Laws?

The simple answer? No. The long answer? Yes.

Arkansas gives each municipality (fancy way of saying local government) the right to make its own laws regarding dogs and leashes. Since each city or county may be different, it’s always best to triple-check your own town’s specific laws if you have any questions. For example, here are links to a few locations’ animal control laws:

Overall, though, there is some common vocabulary used in Arkansas that can be helpful to know, no matter where you may reside.

In general, we pups run into problems when we are OFF the leash. This is also known as a “dog at large.” Sounds pretty mischievous to me, but a dog at large can really be any pup who’s out of his or her yard without some sort of leash or leash device attached to his or her collar!

As an example, according to Jonesboro’s Animal Control Ordinances, under section 10-50: “Any person owning, possessing or keeping a dog which has been allowed to run at large within the city…Shall be deemed guilty of a misdemeanor.”

What is Appropriate Confinement of a Dog on Property?

Depending on where you live, some pups even need to be leashed and supervised in their own yards! I know this might seem extreme (TRUST ME, I’m the one it impacts!), but you gotta think it is best for both parties! According to Fort Smith’s Animal Control Ordinances, dogs can be leashed at home for no more than 2 hours. And in other places such as Little Rock and Jonesboro, dogs must be “tethered” and never “leashed” at home. Some laws even specify how long the tethering or “trolley” system must be (i.e. 10 feet in Fort Smith). But according to Springdale’s Animal Control Ordinances dogs are allowed to run at large “on property of the owner of the animal located in an [non-platted] agricultural (A-1) zone.” See what I mean when I say to triple-check your city or county’s individual animal control ordinances?

When dogs are properly protected, pedestrians get the peace of mind that they can safely stroll Arkansas streets and sidewalks without the fear of any out-of-control pups. And furry friends get to enjoy the outdoors with their owners while being protected from unexpected harmful situations. It’s a win-win!

What if I See a Dog Off-Leash?

Arkansas is known for its beautiful trails and scenic open spaces. It is the Natural State, after all! There is a very good chance that you could run into some pups out with their owners, running wild and free. Keep in mind that it is always a good idea to follow safe practices with unfamiliar dogs. Even if a pup looks friendly, if we don’t know you, we are more likely to be afraid and defensive. If an owner gives you the ok to give a scratch behind the ears, approach the dog slowly. Give it time to smell you and give you the “ok” as well.

Never approach unfamiliar dogs or unsupervised dogs. Best practice is to immediately contact your local animal control services to ensure the lost or stray dog is properly cared for.

To wrap things up, let’s just all follow the general rule when out for a walk and keep our pups on leashes! Really, I look at it as a fashion statement. Have you seen all the options out there? You can sport cool patterns, colors, and textures or rep your favorite sports team or hobby! Trust me, in the end, your pup will thank you! 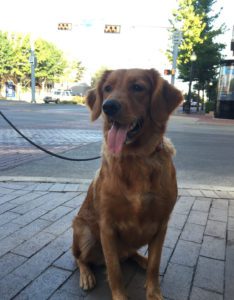