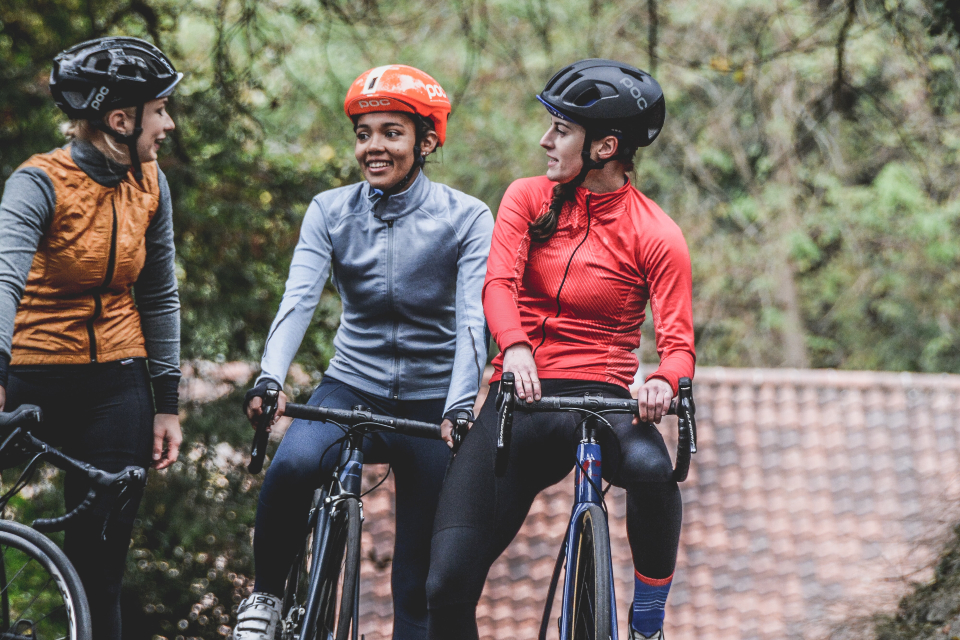 What are Arkansas’s Bicycle Laws

Spring is in the air, and bicycles are back on the road! For some, biking is a main mode of transportation. For others, it’s a favorite form of exercise or a fun weekend hobby. Whatever your reason for riding, there are bicycle laws in Arkansas to consider.

Each state has its own laws concerning cyclists. In Arkansas, those laws are fairly straightforward. But what are they? Let’s take a look at the specific regulations that apply to bike riding in The Natural State.

Bicycles are not considered “vehicles” in Arkansas.

However, bicycle riders are still granted all the “rights and duties” of someone driving a motor vehicle. For example, a cyclist must yield for pedestrians, ride on the right side of the road, and signal (using arm signals) when making a turn.

There are two exceptions to this rule:

Did you know that Arkansas recently passed a bicycle-friendly law? Act 650 was signed into law in April 2019. This Arkansas bicycle law allows cyclists to:

Cyclists are still required to yield to any oncoming traffic. Act 650 stipulates that bicyclists should yield to “all oncoming traffic that constitutes an immediate hazard.” If a vehicle is approaching the intersection, the bike rider must follow right-of-way laws. Bicyclists must also yield to pedestrians at crosswalks, both marked and unmarked. All other traffic laws still apply.

Act 650 aims to help bicyclists safely navigate intersections, essentially giving them a “head start,” and to encourage bike riders to use less busy side streets.

For more about intersection etiquette: Who Goes First at a 4-Way Stop?

Are you supposed to ride a bicycle on the road or sidewalk?

There are no bicycle laws in Arkansas that prohibit riding on the sidewalk. Some cities, however, have local ordinances that govern the issue: Little Rock, North Little Rock, Hot Springs, and Bentonville, to name a few. Some cities limit the prohibition to business districts; in others, the entire city is included. Check with your local government to learn more.

If your city or town doesn’t have a local law, then you may choose to ride on the sidewalk. If you do, be considerate of pedestrians and ride with caution.

What types of gear do I need to ride in Arkansas? Do I have to wear a helmet?

Arkansas state law does not require bicyclists to wear a helmet. Of course, we highly recommend wearing one.

If you ride at night, Arkansas bicycle law requires that your bike have a white headlight on the front and a red tail light on the back. Both must be visible from at least 500 feet away. The standard-issue reflectors that come on most bikes won’t satisfy this requirement, so be sure to make the upgrade yourself.

Are there any roads where it’s illegal to ride your bike?

Yes. Those roads include freeways and controlled-access highways – where cars are driving at high speeds, and cyclists would be in danger.

Otherwise, bicycle laws in Arkansas do not restrict cyclists to bike paths. Cyclists can use any public road, street, or highway in the state.

How much distance should you maintain between a car and a bicycle?

Motorists in Arkansas must keep 3 feet of distance between their car and any bicyclist at all times. This “3 Feet Rule” is law in 25 other states, as well.

This law is especially important when a driver wants to pass a slower-moving bicycle. If it’s not possible to pass while maintaining three feet of distance, drivers should wait until the road widens or traffic thins out.

Cyclists, check out this hack to help drivers keep their 3 feet of distance.

Is there a bicycle law in Arkansas regarding speed limit?

Yes – bicycles are governed by the same speed limits as cars. This falls under the “rights and duties” mentioned in above. Bike riders must follow any posted speed limits and exercise caution around vehicles and pedestrians.

Of course, it’s unlikely that you’d surpass the speed limit on a bicycle. On a road bike, even the most experienced riders rarely exceed 30 mph.

For more on speed limits in Arkansas: Is It Illegal to Drive Slow in the Left  Lane?

Arkansas state law only protects pedestrians (people walking on foot) in crosswalks. If a cyclist wants to cross at a crosswalk, they must “become” a pedestrian: dismount and walk the bike across the intersection.

Who’s at fault if a cyclist and a car are involved in a wreck?

While collisions between bicycles and cars are infrequent, they do happen. And they happen most often at intersections. Only 11% of bike accidents involve a car, but of those that do, 45% occur at intersections.

Just as with car-to-car collisions, both the cyclist and car driver have a duty to drive responsibly and take reasonable steps to avoid a wreck. “Who’s at fault” depends on how each party reacted in the scenario. A cyclist who failed to yield to a car that arrived first at a four-way stop, for example, may be at fault. On the other hand, if a driver failed to maintain 3 feet of distance while passing a biker, resulting in a collision, the driver would likely be found at fault.

Do you have questions about bicycle laws in Arkansas? We’re here to help. Call us today at 1.800.CAR.WRECK (1-800-227-9732). You can also reach us online through our chat feature or using our Online Contact Form. You’re just a call or click away from getting the help you need.

Injured in a bicycle accident? We’re here to help. Taylor King Law has a team of attorneys who will be on your side – by your side. We’ve been helping our friends and neighbors for more than 25 years.