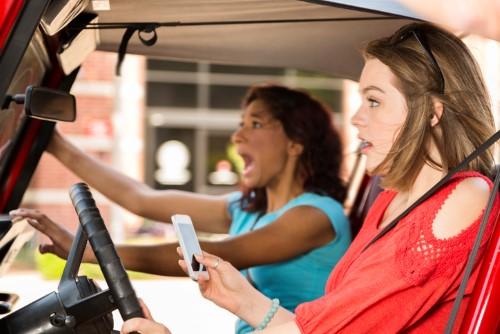 From being cut off in rush-hour traffic to being stuck behind a car driving 15 miles below the speed limit on our morning commute, we’ve all experienced careless drivers at one point or another. In fact, even the very best drivers among us have made a least a few mistakes while behind the wheel.

However, sometimes a driver’s behavior crosses the line from being a mere mistake or “bad manners” to a much more serious offense: reckless driving.

What is Reckless Driving?
In Arkansas, reckless driving is defined as driving in a manner “that indicates a wanton disregard for the safety of persons or property.” It’s a serious charge, and a reckless driving conviction can have a lasting impact. A convicted driver may face fines, jail time, and license suspension. More importantly, reckless behavior is likely to cause injury or even death for another person on the road. Arkansas police and judges take reckless driving seriously because it poses such a high risk for the innocent drivers and passengers who are sharing the road.

Which Behaviors are Considered Reckless in Arkansas?
It’s a long list, because any behavior that displays that “wanton disregard for safety” can be reckless.

Reckless behavior may include:
● Participating in racing other vehicles, whether or not you initiated the race
● Attempting to evade police or refusing to pull over when a police officer attempts a traffic stop
● Driving 20 miles per hour (or more) above the posted speed limit
● Refusing to stop at traffic signals or stop signs
● Failure to use turn signals when appropriate
● Driving while distracted by a cell phone or other electronic devices
● Driving without regard to weather or road conditions (such as construction zones)

What are the Penalties for Reckless Driving in Arkansas?
The severity of the penalty for reckless driving in Arkansas depends, in part, on the outcome of the driver’s actions. If a person is physically injured as a result, the reckless driver may be sentenced to 30 to 90 days in prison, a fine ranging from $100 to $1,000, or both.

Upon a second conviction where a person has suffered physical injuries, that conviction carries a punishment of 60 days to one year in jail, a fine ranging from $500 to $1,000, or both.

If the driver’s reckless actions did not cause physical injury, the penalty is less severe, though still serious. The first conviction yields either jail time of five to 90 days, a fine of $25 to $500, or both.

If the driver is convicted a second time within three years, that driver may be imprisoned for 30 days to six months, fined $500 to $1,000, or both.

You will also have to deal with the realities of paying higher insurance rates and having the conviction noted on your driving record and background checks.

How Can I Avoid Reckless Driving?
If you’re a driver, it’s pretty simple: stay focused on the task at hand and follow all national and local driving laws.

The majority of people who get behind the wheel each day in Arkansas are rational, thoughtful people. Drivers are not typically charged with reckless driving for driving a few miles over the speed limit or forgetting to use a turn signal when turning onto an empty street. However, that doesn’t make those behaviors ok. If you make it a habit to push the boundaries of traffic laws, you may find yourself pushing them further and further – and the results can be reckless.

How Can I Avoid Other Drivers who are Reckless?
That question is more difficult to answer. The truth is that wherever you are – morning or evening, weekday or weekend, country road or city street – another driver may make a reckless decision that puts you in danger. There’s no way to completely avoid that risk unless you stop traveling altogether.

Summer does seem to be an especially busy time for transit in Arkansas, however. With current low gas prices, longer daylight hours, summer destinations, and family road trips, many people traveling on Arkansas roadways. That’s why it’s particularly important to be alert and focused, both on your own driving and on the other cars around you.

What Should I Do If I am the Victim of a Reckless Driver?
If you or someone you love has been injured by a reckless driver, you may have legal rights to compensation. The personal injury lawyers at Taylor King Law work every day to help Arkansas accident victims like you. When you call 1-800-CAR-WRECK, you’ll get a free consultation with Taylor King and professional advice about your case. With 5 locations across Arkansas we’re easily accessible if you would like to speak with an attorney face to face. Visit us at any of our offices in Arkadelphia, Little Rock, Jonesboro, Fort Smith, or Springdale. We’ll be on your side, by your side, every step of the way. You’re one call away or a short drive from getting help today!

To read more about how we can help you with your auto accident, click HERE.