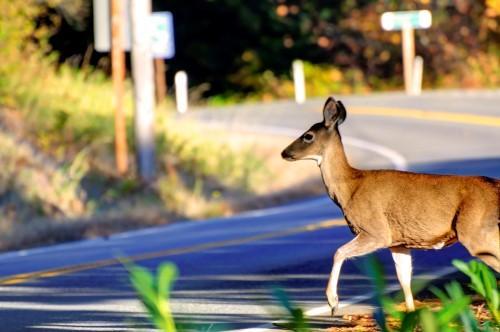 From October to January, drivers are at increased risk on Arkansas roads. It’s not due to snow or ice, the typical winter culprits, which make their appearance much less frequently in Arkansas than in more northern states. No, in Arkansas the real danger is one of our four-legged friends: the deer.

If you live in Arkansas, chances are you know someone who’s hit a deer while driving, or you’ve experienced it yourself. Why does it seem to be more common in the late fall months? This is deer breeding, or “rutting,” season, so they are highly active and on the move during this time.

While most of us would be far more afraid to come face-to-face with a lion or crocodile than a deer, hitting one with you car can cause extensive damage, both to you and your vehicle. Collisions are usually fatal for the deer, as well.

The Insurance Institute for Highway Safety estimates that crashes with deer cause about $4 billion in vehicle damage each year, and close to 200 people are killed in deer collisions annually.

Obviously, you would prefer to avoid hitting a deer in your car. Let’s look at some practical ways to do so.

Meeting a Deer: What are the Odds?

When You Can’t Avoid the Crash

At Taylor King Law, we can’t file a claim against the deer if you’re involved in a collision with one. But if you were the victim of a car accident where the other driver was at fault, you may have legal rights to compensation. We can help make complicated paperwork simple, handle insurance negotiations, and stand firm to be sure you get the settlement you deserve. Call today at 1-800-CAR-WRECK or submit a question through the Case Evaluation Form on our website.