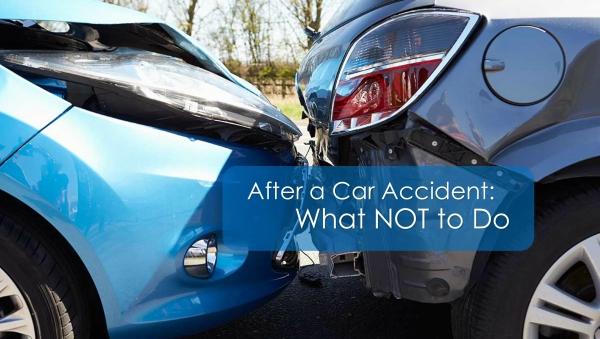 CAR WRECK 103: WHAT NOT TO DO AFTER AN ACCIDENT

As you may have noticed on your latest road trip, American roads are busier than ever. With more than 200 million licensed drivers in the country, there’s a good chance you’ll eventually find yourself in a collision with one of them. That’s the bad news; the good news is that in nearly three decades of helping accident victims, Taylor King has learned quite a bit about how you can minimize damages and maximize your recovery after an unfortunate accident.

You’ve already read much of his advice in the first two installments of our latest blog series: Car Wreck 101: What To Do After an Accident and Car Wreck 102: Seeking Medical Care After a Car Wreck. Today, we’re taking a different approach. Thanks to the wisdom of many people who’ve been in your shoes, we’ve compiled a “Don’t” List – five mistakes to avoid after being involved in a car wreck.

Finally, don’t forget to be patient. It takes time to resolve a personal injury case and negotiate a settlement!

Were you injured in a car accident? Do you have questions or concerns? The Taylor King Law firm represents thousands of Arkansans in personal injury cases. We may be able to help you. Contact us for a Free Consultation at 1-800-CAR WRECK (227-9732), fill out our quick and easy Case Evaluation Form online if you’d like for us to call you. We’ll be happy to speak with you about your injuries and discuss your legal options. At Taylor King Law we’re on your side, by your side.