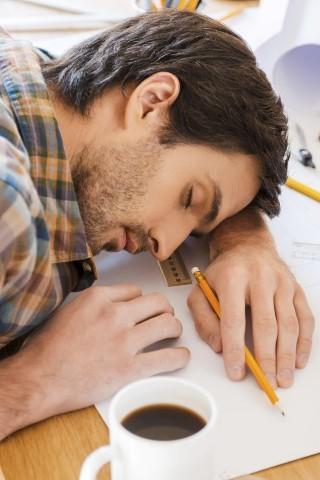 After a three-day weekend and Monday’s Independence Day celebrations, July 5 may find you hitting the snooze button or downing an extra cup of coffee to put some pep in your workday step. But if you spent more time checking your work email than chatting with family at the annual barbecue, today’s holiday might be for you: National Workaholics Day.

That’s right; Tuesday, July 5 is recognized as a day dedicated to those among us who love their work and live to do it.

But should we really consider that something to celebrate? That’s a question psychologists continue to debate.

A solid work ethic is something to be admired and valued, of course. At Taylor King Law, we often tell clients that they can call our office any time of day, any day of the year, and it’s a promise we stand proudly behind. But even Taylor King needs some vacation time!

Over the years the term “workaholic” has become a common buzzword, but it is not a synonym for someone who is dedicated to his or her job. The American Psychological Association defines “workaholism” with three key factors:

1. Having persistent thoughts about work while not “at work”

3. Consistently working beyond what could reasonably be expected

Worried that you might a workaholic? As we’ve said, it’s more than just putting in significant hours in your office. See where you rank on the Bergen Work Addiction Scale.

Whether you’ve seen workaholic behavior in a television character, family member, or even yourself, you probably recognize some of the signs that work is becoming an addiction: decreased health, problems in your marriage or family, lessened interested in hobbies, etc.

When Work Takes a Toll on the Road

As a law firm that primarily works with victims of car accidents, we often see a connection between workaholism and another negative consequence: car wrecks caused by drowsy driving. Those who arrive at work before their coworkers and stay until everyone else has gone home often do so at the expense of getting enough sleep.

Lack of sleep does more than cause under-eye circles. The National Sleep Foundation reports that adult drivers who sleep 6-7 hours per night are twice as likely to have a car wreck than drivers who regularly sleep 8+ hours each night. For drivers getting 5 or fewer hours of sleep, the risk of a crash is 4-5 times greater.

Driving and the Significance of Sleep

You may be wondering: Does drowsy driving really belong on the same list as driving while intoxicated or while texting? Can’t I just drink a Redbull and be on my way?

Actually, studies show that sleep-deprived drivers are a serious problem. 60% of surveyed adults admitted to driving while drowsy or sleepy within the past year, and 37% said they had actually fallen asleep at the wheel, according to the National Sleep Foundation’s Sleep in America poll. That’s 103 million drivers dozing off across America each year.

Police-reported crashes estimate that 100,000 crashes in the US each year are the direct result of driver fatigue. The NHTSA puts that number in perspective: 1,550 deaths, 71,000 injuries, and $12.5 billion in damages each year are caused by drowsy driving. And the numbers are likely much higher, since there’s no way to “measure” a person’s fatigue like their Blood Alcohol Content at the time of a car wreck, and relying on self-reporting is notoriously inaccurate. Driver fatigue may play a role in many crashes whose official cause is reported as “driver inattention,” as well.

The Science of Drowsy Driving

In 2000, researchers studied the impact that sleep deprivation and alcohol consumption have on cognitive and motor skills, both of which determine your ability to safely drive a car. They tested a group of 40 people, first with sleep deprivation by keeping them awake for 28 hours. They then tested them with doses of alcohol up to 0.1% blood alcohol content (BAC).

The results? After more than 19 hours of sleep deprivation, people performed equal to or worse than having a BAC of 0.1% – well over the legal limit.

Perhaps you can’t remember the last time you stayed awake for 28 hours. But even after being awake for 17-19 hours, subjects performed equal to or worse than having a BAC of 0.05%. This means that person who wakes up at 6:00 a.m. and goes to bed after 11 p.m., which equals 17 hours of waking time, would have similar reaction times to a person who has consumed two glasses of beer or wine.

Obviously, a person who is chronically sleep deprived, whether from working long hours, caring for a newborn baby, or many other factors, is more likely to drive while fatigued. But that’s not all.

According to Drowsy Driving, an awareness site created by the National Sleep Foundation, the following people are more likely to doze while driving:

Additionally, younger people (ages 18-29) are more likely to drive while drowsy than older age groups. Drivers in older age groups report pulling over to take a nap much more often than young drivers.

Are you sleep-deprived? Protect your health and the safety of those around you. The Sleepiness Test from the National Sleep Foundation can help you determine if you’re getting enough Z’s.

When Drowsy Driving Causes a Crash

Have you been injured in a car accident caused by a drowsy driver? The personal injury attorneys at Taylor King Law may be able to help. Call or visit our website today to request a free case consultation. We’ll be on your side, by your side, wherever in Arkansas you may be.