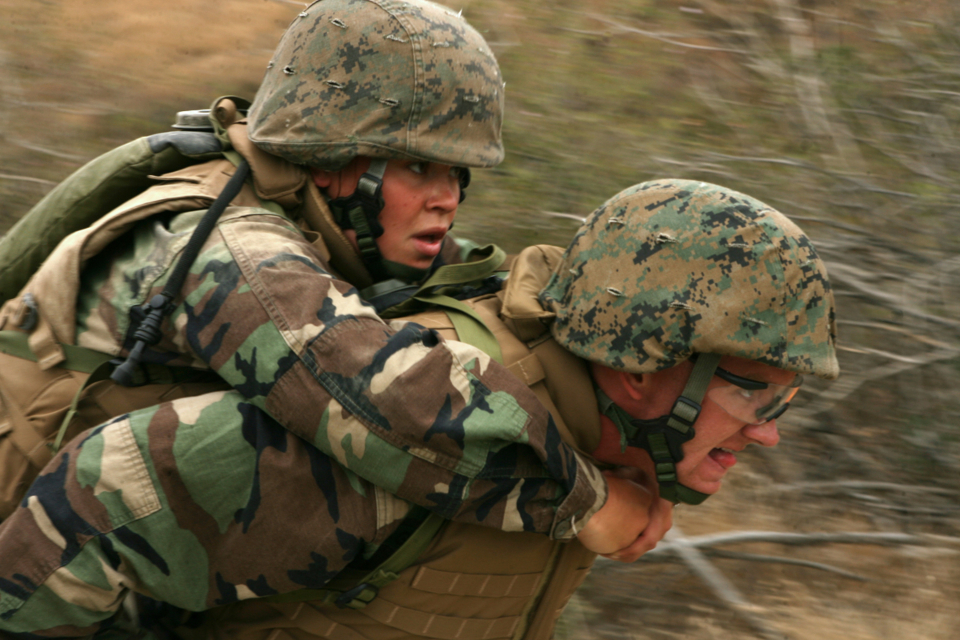 What to Know Regarding the Camp Lejeune Justice Act of 2022

As of Wednesday, August 10, 2022, the Camp Lejeune Justice Act of 2022 was signed into law by President Joe Biden. As part of the Honoring Our PACT Act, this bill allows marines stationed at Camp Lejuene to exercise their constitutional right to legal action.

“For too long, those who served, and their families, have waited for this day,” writes retired Marine Corps Master Sgt. J.M. Ensminger, via the Marine Corp Times. “It has been a long, arduous road to reach this point. But all those we’ve lost, and all who continue to suffer deserve this justice.”

Marines, families, and civil workers are now afforded the right to pursue justice in the courts. Military veterans are eligible to sue for pain and suffering. Family members may now file lawsuits on behalf of the deceased.

For nearly 30 years military families have battled to receive justice, but that battle now shifts to the courts. Contact the Camp Lejeune attorneys at Taylor King Law today for a free consultation. Call us at 870.293.0141 or toll-free at 1.800.227.9732. We’ll help you discuss your legal options and explore whether you’re eligible to file a lawsuit. A consultation with a Camp Lejeune water contamination attorney is both free and confidential.

How to File a Lejeune Lawsuit

As of Tuesday, August 2, 2022, the Camp Lejeune Justice Act of 2022 passed the Senate’s bipartisan legislation, and is now headed to the President’s desk as a part of the Honoring our PACT Act.

The PACT (short for Promise to Address Comprehensive Toxics) Act, according to the White House press release, is the most significant expansion of benefits and services for toxic-exposed veterans in more than 30 years.

According to the release, “President Biden called on Congress to send a bill to his desk that would comprehensively address toxic exposures that have impacted veterans, as well as their families and caregivers, and provide them with the health care and benefits they have earned and deserve. Thanks to the bipartisan leaders of the House and Senate Veterans Committees, the PACT Act does just that.”

Afterward, Senate Majority Leader Chuck Schumer addressed veterans, “You did this. You never gave up, and we won. Every so often, America lives up to its ideals, and those are days that we savor.”

What Does Passage of the Camp Lejeune Justice Act of 2022 Mean for Veterans?

Passage of the PACT Act allows military veterans and their families, in addition to civil workers, who were stationed at the Marine Corp Base, Camp Lejeune, to file lawsuits against the federal government.

Nearly a million marines stationed at Camp Lejeune between 1953 and 1987 were exposed to harmful chemicals in the water.

An official report by the CDC indicates families may have been drinking and bathing in toxic water for as many as 60 years.

President Biden signed the bill into law on Wednesday, August 10, 2022. From the date signed, veterans and their family members now have two years to file a lawsuit. Lawsuits will be filed in the United States District Court for the Eastern District of North Carolina.

Our attorneys are representing veterans and their family members to ensure their rights are protected. Contact us to learn more about how a lawsuit can be filed on behalf of your family.

As part of the Caring for Camp Lejeune Families Act of 2012, qualifying veterans are eligible to receive health care from the Department of Veteran Affairs. The Act requires they served on active duty at Camp Lejeune for at least 30 days between 1953 and 1987. Unfortunately, it can be difficult for veterans to prove their health effects stem from toxic contamination.

To learn more about water contamination lawsuits, visit our Camp Lejeune page or call us at 870.246.0505. You can reach us toll-free at 1.800.227.9732. The attorneys at Taylor King Law are actively working on behalf of veterans. We’re committed to ensuring you receive the compensation you deserve.

You’ve served our country. Now let us serve you.

Allow our experienced team to be on your side – by your side. Call us today for a free case review.